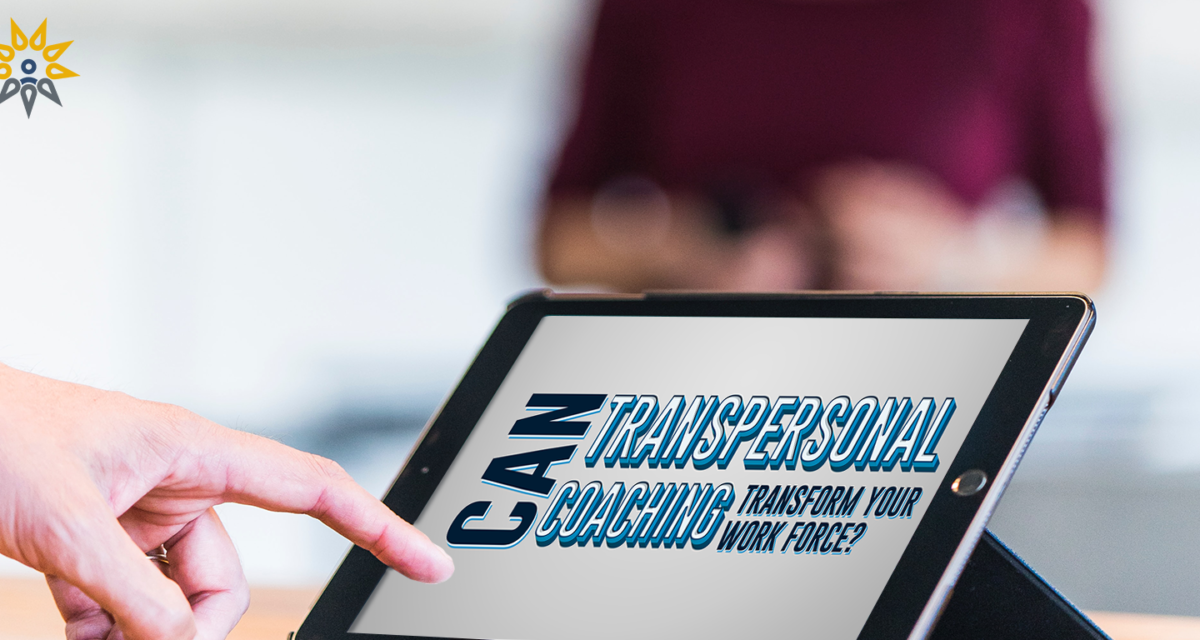 Transpersonal coaching offers a more complex technique than those based on simpler models such as psychology or even psychiatry. Its advocates argue that it is especially useful in leadership development.

Coaches are always looking to supplement their technique tools. As neuro­linguistic programming shakes off its fringe image to become almost standard issue in most coaching menus, so another and less controversial method is moving out of psychotherapy and psychology and into business coaching. It is called transpersonal coaching and is an offshoot of transpersonal psychology that has been hyped up in the UK since the early 1970s.

As a coaching approach, it is difficult to define, but it is one that its champions, an increasing band of executive coaches and business psychologists, see as relevant. They believe it can address the stress and dissatisfaction that modern society and the corporate world emphasizes, and it is a well-rounded approach to developing focused and energetic leaders.

The best–known exponent of transpersonal coaching is Sir John Whitmore, executive chairman of Performance Consultants International. “In recent years, people – especially in Western cultures – are waking up to the transpersonal within themselves, through the emerging need to find meaning and purpose in all aspects of their lives, and to work in the service of something beyond just making a profit, “he says. He believes: “Affluence, global communication and the secularisation of society have brought the transpersonal onto many people’s agenda, both personally and at work.”

What is transpersonal coaching? Does it have a place in business, or is it merely a hangover from the hippy days of love and peace?

Transpersonal means “beyond the person”. Its psychology is based on the idea of a spiritual centre or self within each individual. It draws together threads and influences from many high–profile, 20th-century psychologists such as Abraham Maslow (who explored the relationship between self–realisation and motivation), Victor Frankl (a prisoner of Second World War concentration camps who found that those who could invest their lives with meaning had a greater chance of survival), and Carl Jung (who studied how individuals can feel fulfilled).

The late, but still influential, transpersonal psychologist Ian Gordon-Brown defined his task and that of his colleagues as “facilitating the release of energy [from the self-] in individuals and in groups “. It is this reference to energy, combined with values, which is most relevant in understanding the role of transpersonal coaching and how it chimes perfectly with the perception of coaching as a positive, as opposed to remedial, activity. “If we look for where the positive energy is, the vitality, and the spirit, and explore and build on it, then this is what will grow within an individual or a company,” says Whitmore. In turn, this will lead to transpersonal coaching being “an empowering process”, he says, because drilling into an individual’s core values allows the coach to unearth the coachee’s core strengths and creativity.

Such ideas may sound rather intense in a business environment, but they are relevant to business, says Roisin Murray, who runs the programme for the post-graduate certificate in business coaching at the University of Derby. “For example, transpersonal coaching is important in leadership development because no one can be a good leader unless they are self-aware and develop as a whole person,” she says. “The bottom line is how can you lead people if they don’t want you to lead them?”

Murray sees transpersonal coaching as helping to “uncover the stories” – which she defines as personal concepts – that a leader has to create. “The role of the transpersonal coach is to work with the story that the coachee is telling themselves and to uncover other stories because they are part of the coachee’s success strategy.”

Transpersonal coaching is increasingly appearing in coaching training programmes. At the Coaching Supervision Academy, trainer Fiona Adamson is bringing her 10 years’ experience in transpersonal psychology to bear on a new set of coaching programmes.

For Adamson, using transpersonal coaching methods, such as a map of the psyche and learning to work with “the development of spiritual and emotional intelligence”, means that coaches become more self–aware and sensitive to the dynamics of the coaching relationship. “As a result, clients will find a deeper understanding of themselves, their direction in life and tools for the journey, “ she says. Adamson also uses transpersonal methods elsewhere, such as profiling individuals and helping them advance their careers. “Once someone is aware of their strengths and weaknesses, you can help them and release their energy,” she says.

Whitmore says transpersonal coaching can also be employed when energies are blocked or misaligned, or when there is a mismatch between employee and organisation. “In executive coaching, the executive will often raise the question about their work situation and say ‘what is the meaning of all this? The valuable question for the coach is ‘where is the conflict and how would you [the executive] make a difference in a valuable way and find more job satisfaction?’”

Transpersonal coaching can also raise performance, says Whitmore. “It does this by making a person into a solid human being who is not reactive,” he says. “They choose their behaviours, rather than react, and so perform at a much higher level.” He believes that self–awareness also gets rid of the fear factor that has affected their focus. “The transpersonal is about building maturity in people,” he says, “and their capacity to learn from experience, which helps us to learn quicker.”

For Whitmore, transpersonal coaching, with its emphasis on getting to the heart of the matter, can help with work-life balance matters. “Putting managers through a short course of coaching to change from command-and-control mentality can make whole management culture changes,” he says. “But as with all coaching initiatives, one doesn’t get effective change without full support from the boardroom. “Can transpersonal coaching be the method to ensure success in your business?

What is Transpersonal Psychology?

Transpersonal psychology does not only focus on the external world of behaviours but includes experiences within the inner quantum field of the coachees’ psyche as legitimate and powerful human memory and experiences. We engage with people’s Emotional, Social, Cultural and Spiritual Intelligence to enable a deeper and broader engagement with all facets of today’s volatile, uncertain, complex and ambiguous challenges.