Brackenfell High School and the EFF: What would Nelson Mandela do? 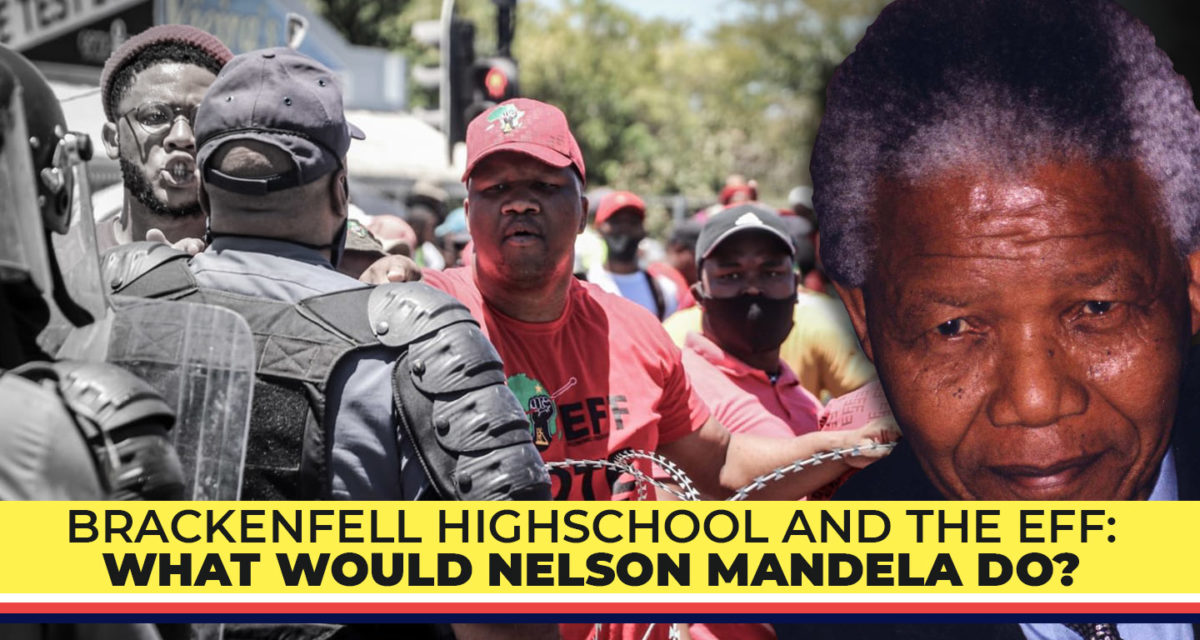 Brackenfell High School and the EFF: a Renewed and urgent call for Transcendent-Identity-based Leaders.

On Friday the 20th of November, the Economic Freedom Fighters (EFF) protested near Brackenfell High School in Cape Town against alleged allegations of racism on the part of the school. Although the EFF acted out their constitutional right to protest, the event was marked with anger, fear, violence, and dismay. Among the various police threats, attacks on innocent people, stun grenades, war declarations, teargas, fears of death, human chains, injuries, and barbed wire barricades, the question emerged –

“What would Nelson Mandela (Madiba) leadership have done in similar circumstances?” 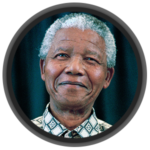 Nelson Mandela, our first democratically elected president of South Africa in 1994, left his legacy internationally as a leader that had the ability to change the hearts of his followers and in many instances change the hearts of his non-followers, paving the way to a better world for the greater good of mankind.  Although Nelson Mandela adopted in its purest forms, an authentic democratic leadership style, this renowned leadership icon managed to lead the South African people out of the most trying of Socio-Economic times the country has ever seen. Through his vision, inspiration, love, compassion, and care for all South Africans, combined with his ability to integrate Spiritual Intelligence (SI), Emotional Intelligence (EI), and Cultural Intelligence (CI), Nelson Mandela carried South Africa through greater struggles than the one seen in Brackenfell on the 20th of November 2020.

Madiba’s ability to lead way beyond the Ego positioned him as one of the world’s greatest leaders of all time. His unique authentic and often Transpersonal leadership style not only radiated ethical, caring, sustainable, and performance-enhancing characteristics, but as an Authentic Servant leader, he managed to lead his country with a great deal of love, compassion, and care, for all of God’s creation.

What happened at Brackenfell High School?