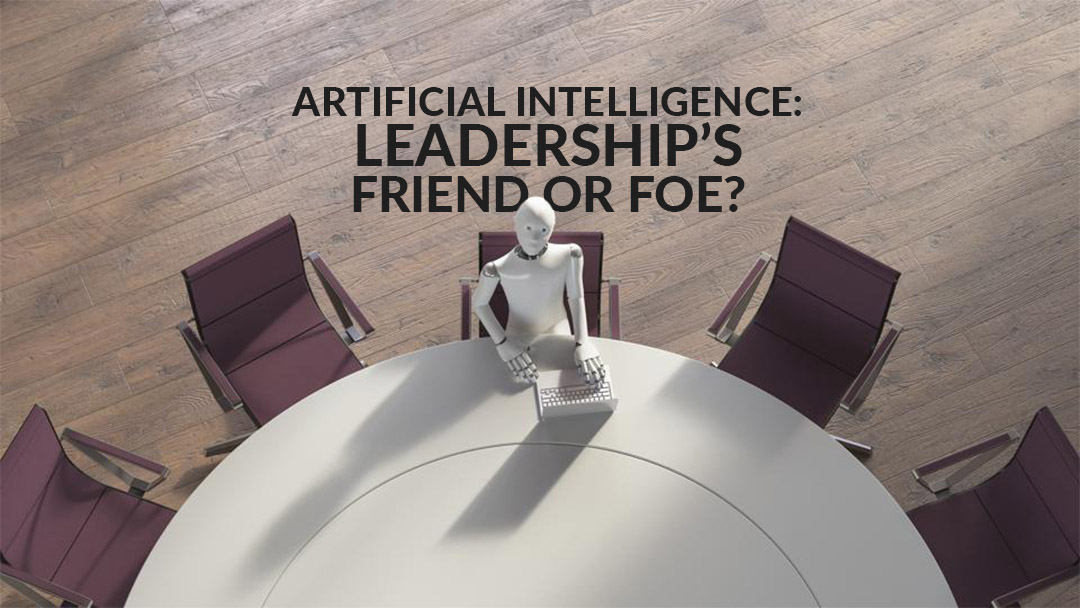 Since the beginning of time, leadership has been predominantly exerted through physical strength — the stronger the individual physically, the higher up in the leadership ranks of the community they would be. In nature, animals follow suit. The physically strongest animal eventually becomes the leader of the pack.

However, through the development of the human race over thousands of years, together with the development of human language as we know it today, leadership has transitioned from brutal physical strength toward cognitive skills. As Tomas Chamorro-Premuzic, Michael Wade and Jennifer Jordan explain, primary attention was placed on a leader’s intelligence in problem-solving, rather than physical strength.

In a modern context, this refers to a leader’s ability to analyze data for decision-making, ensuring team performance and productivity and ensuring effective production and service delivery processes (Central Christian College of Kansas [CCCK]). These abilities are identical to the value that artificial intelligence (AI) brings to the workplace, as Chamorro-Premuzic et al. note.

Artificial intelligence can be defined as a branch of computer science that is concerned with the building of intelligent machines that have the capability to perform tasks that typically require human intelligence. Within the context of the workplace environment, artificial intelligence has the ability to assist organizations in data analysis for decision-making, monitoring team productivity and performance and ensuring effective production and service delivery processes, as mentioned above. It is the alignment of what AI can offer and the organizational purposes of leadership, discussed above, that creates the perception that AI could act as a threat to leadership purpose in the 21st century. “It is tempting to regard artificial intelligence as a threat to human leadership,” Chamorro-Premuzic et al. write. “After all, the very purpose of AI is to augment, improve, and ultimately replace human intelligence, which is still widely regarded, at least by us humans, as our key competitive advantage.”

With the alignment between AI in the workplace and current leadership purpose discussed above, the question that many leaders are struggling with is, “What is the essence of effective leadership, then?” Chamorro-Premuzic et al. argue that leaders are urged to transition away from the “hard” elements of leadership, such as raw cognitive processing of facts and information, to the “softer” issues within leadership, such as humility, adaptability, vision and staff engagement.

This argument is echoed by the CCCK, which suggests that leaders should capitalize on and allow AI to take over the daily processing of facts and information while realigning their purpose to the “human” aspects that cannot be computed, imitated or executed by AI. These “human” elements include a focus on the personalities, behaviours, humility, character, adaptability, vision and engagement of staff within the organization. These factors have proven to be more effective and important in organizational sustainability if compared to an over-focus on IQ in leadership.

The current state of leadership has developed together with the trajectory of human development over thousands of years. Affording leadership the opportunity to develop through the transition discussed above may require a leadership development intervention, such as coaching, that goes far beyond leading for performance. Rather, a holistic approach, addressing the leader their totality, is called for. This can be attained through

Holistic/integrative coaching is one of the coaching intervention approaches that focus on all aspects of the leader (body, mind and spirit), as opposed to solution-focused coaching, according to Mike Bundrant. He explains that the goal of this coaching style is to create a sense of contentment and awareness of the leader’s well-being, as well as the well-being of those the leader comes in contact with.

The transpersonal coaching intervention follows much of the same framework as set out in the holistic coaching above, in as far as it considers the mind, body and soul to be one holistic unit. However, transpersonal coaching accesses all levels of human unconscious processes, allowing for an even greater synthesis, sense of gratification, awareness of the self (false self) and awareness of individuals with whom the leader engages (Dängeli).

This article endeavoured to explore the potential impact of artificial intelligence on leadership purpose within the 21st century. Although there is mentionable alignment between the current purpose of leadership and the functionality brought to the working environment by AI, leaders should not see AI as a threat to organizational purpose, but rather as a support for leaders to have the time and space to engage with aspects of their higher purpose (personalities, behaviours, humility, character, adaptability, vision and engagement of staff within the organization).

Against the backdrop of the above research, it becomes apparent that artificial intelligence is leadership’s friend, as it could directly, positively contribute to larger, global leadership growth.

Want to hear more from us?

What is Artificial intelligence

Artificial intelligence can be defined as a branch of computer science that is concerned with the building of intelligent machines that have the capability to perform tasks that typically require human intelligence.

Excellent article! We are linking to this great article on our website.
Keep up the great writing.

Thank you very much.